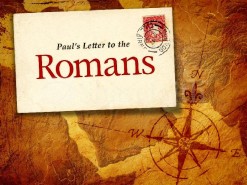 In this bible study on the 7th chapter on the book of Romans we will go through the following parts:

Release from the law, bound to Christ

In this chapter God makes it known that we are only bound by the law during our life. This means that if a married person dies, then the surviving partner is no longer bound by this marriage and he/she is not an adultress if he/she would remarry. Know that the same things counts for Jesus dying on the cross for us and us giving our hearts to Him. From that moment we were no longer bound by sin!

The law and sin

Never think that the law was sinful, because of Jesus dying at the cross brought us God’s grace. Without the law we would not have known about sin? Why because in the law it is said that we shall not covet. Although sin tried to covet, besides the law it was already dead.

We should not think that there is no sin, because there is and the Law alone was not enough for us to overcome it, that is way God gave us His grace! Although our sinful nature might think we are a slave to sin, when through Jesus we were actually a slave to to God’s law. 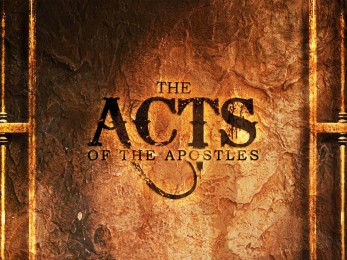 Bible study on Acts of the Apostles – Chapter 7

In the Bible study on the 7th chapter of the Acts of the Apostles I will discuss:

Stephen’s speech to the Sanhedrin

After we read in chapter 6 that Stephen was accused by the priests, we now see the high priest asking Stephen if the accusations were true. When he was given the word, he started telling the whole history from Abraham until Solomon and all that happened. And it was not until Solomon that man made a home for God, but he put it very clearly that God does not life in a house that people built. Why not? Because heaven is His throne and the earth His footstool. What kind of house would we built for Him? Stephen reminds them that they (and we also) are stiff-necked people and that their hearts and ears are still uncircumcised (unchanged). He tells them that they are just like their ancestors: they always resist the Holy Spirit! People, never resist the Holy Spirit! Make sure that you grow in your faith to see when the Holy Spirit is working.

Stephen reminds us that our ancestors killed all His prophets. They even killed the ones that predicted the coming of the Righteous One. And now they betrayed and murdered Him. Stephen reminds them that they received the Law, but did not obey it. Stephen shows that even in the eye of persecution we should never leave God and do His work even it could threaten our life. Therefore it is important that we continuously walk with the Holy Spirit so that He can guide and protect us the whole way.

The stoning of Stephen

Instead of repenting, they got furious. This is the result if our heart isn’t really with God, but with this world. If someone, sent by God, will confront us with this truth, than it is very likely that we will be enraged instead of humble and repentant. And even when He was dragged out and stoned to death, He was full of the Spirit the whole time, so while being stoned He could still show love and asked God to not hold this sin against them. During this witnesses laid their coats at the feet of Saul.